An update from the Urban Equestrian Academy 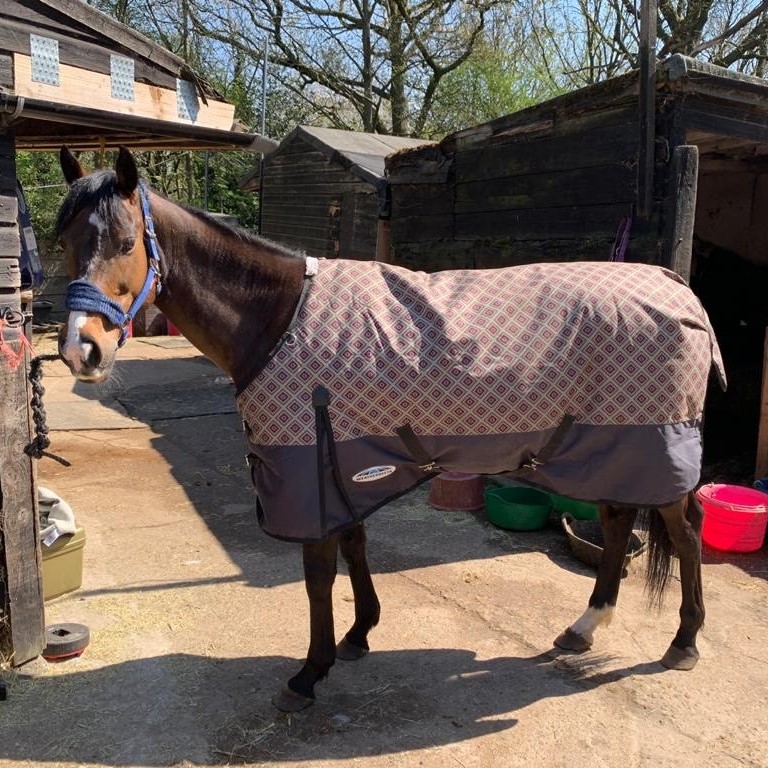 Firstly, hello from Camilla and Chey. We have Orion on full loan from the amazing The Urban Equestrian Academy. We took him over in January. He arrived in East London in December with another loanee but things didn’t work out. I’ve always been told you don’t find a horse; they find you and genuinely, this is how things panned out with Orion. On the day Orion was due to go back to Leicester, Chey and I asked Freedom to take a chance with us. We couldn’t have seen him go, we just knew there was something special about him.

He’s OTTB and we understand he was moved around a lot before Freedom’s team got him. Aware of all this, we started the journey with him at his pace. The last 3 months have been bonding time. He was a little out of shape, so we’ve been working on his stamina via lunging and flat work before moving on to poles. Uncertain how he would take to being ridden, we worked on reducing the lunge time and increasing our time in the saddle. We’re now able to jump straight on him. One quirk of an ex-racehorse… getting him used to the mounting block!

Being OTTB, we were conscious of teaching him how to be a horse. By that we mean letting him build friends in the turn out area, letting him play and giving him time to enjoy his new pace of life. He’s making friends easily and seems to be settling in really well. He has an amazing temperament and has been so friendly to other horses, humans, and dogs alike. Bikes, kids, hi vis and dogs don’t seem to bother him however he does find watching the golf course alongside the park rather amusing.

The Weatherbeeta rug, fleece and saddle pad arrived just in time for the cold snap. He’s the best-looking horse in the paddock in our opinion. We’re all about the matchy matchy so when we got the saddle pad, we ran out to get the matching fly hood! A boy must maintain his suave on the yard after all. We get lots of comments about the turn out rug design too. We also added a lightweight Weatherbeeta stable rug to our collection, we love them that much. 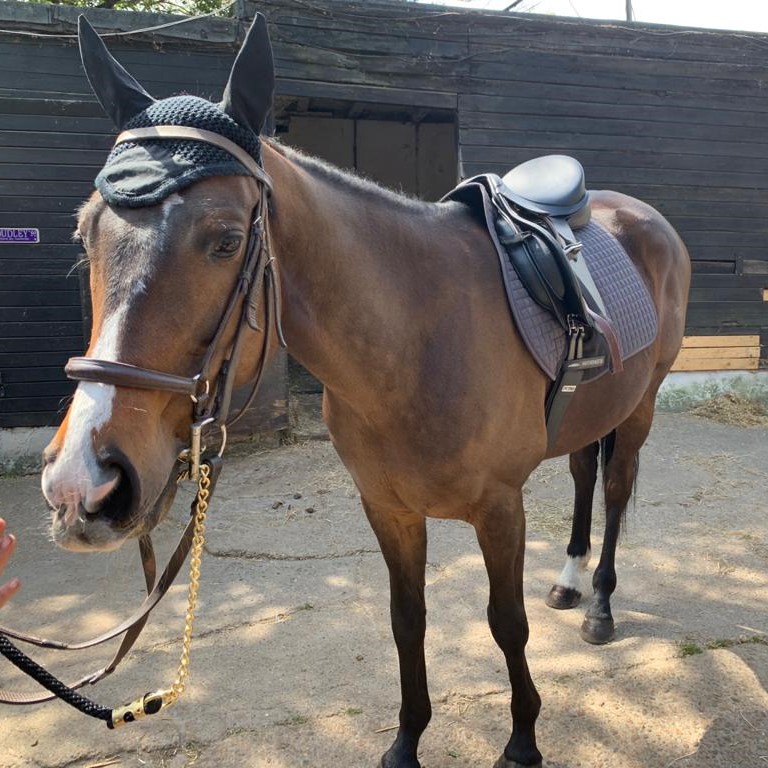 We’ve just had a new saddle fitted for him and the plan is to spend the next few months working on getting him out on longer hacks and building on his schooling. We want to build on his head and neck alignment so we’re looking into a martingale. At some point over summer, we hope to give him a holiday and turn him out to a field for a month. We’ll keep you and the team updated and thank you once again for the rug, fleece, and saddle pad.

Find out more about The Urban Equestrian Academy here