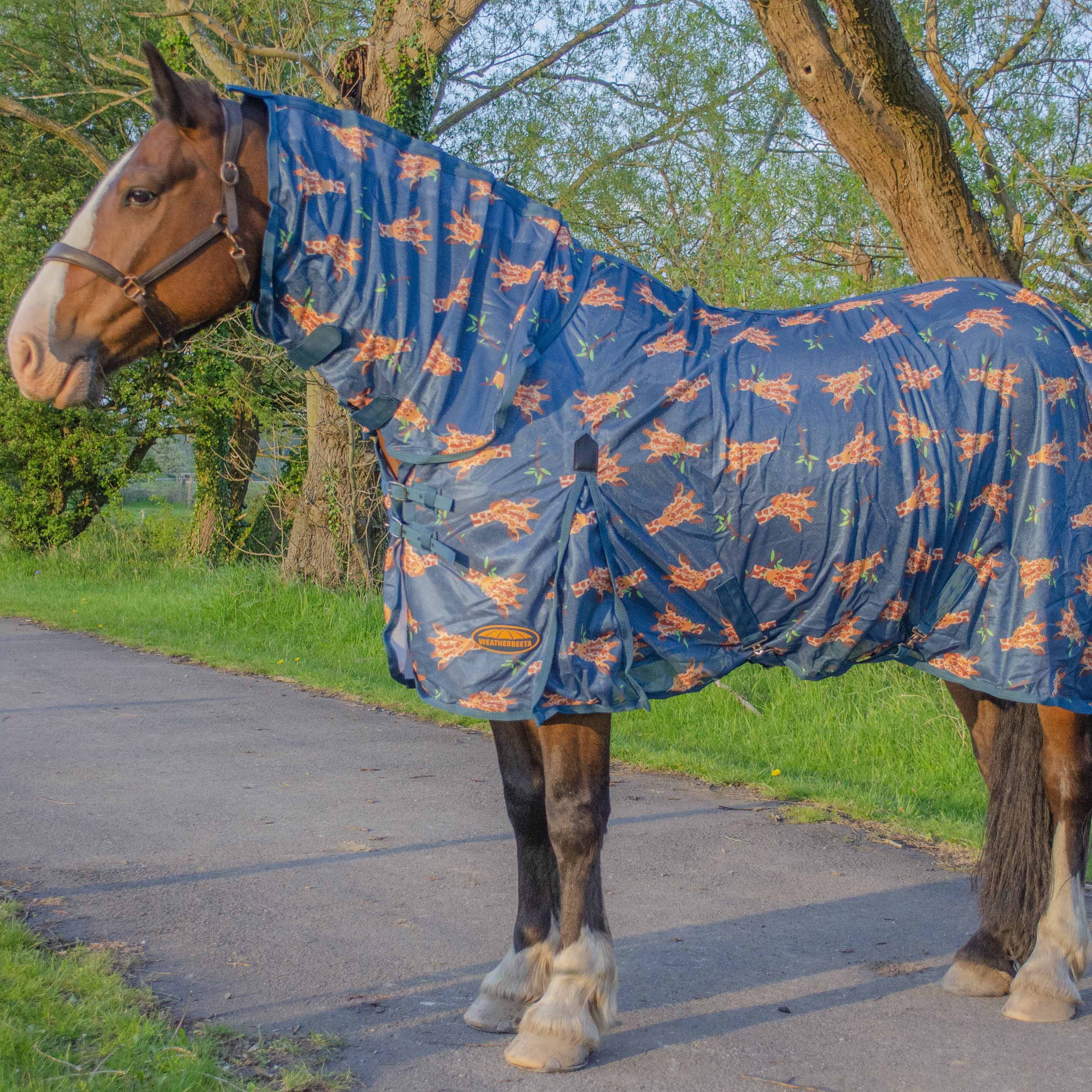 “Hi guys it's Orion here, the brains of the operation. I would like to confess that I did in fact ruin my previous fly rug. For once I did grovel and told mum that there had been a Land Shark attack and I was lucky to even be alive. She didn't talk to me for 3 days which I think is dramatic and all round ridiculous.

Luckily for me I was finally asked to do some plus size modelling...it's about time all this jiggle was accepted within the industry. Mother pulled me to one side to say this was a big deal but I have to admit...I zoned out and went to my mental diary to schedule my next nap.

I was a bit skeptical as a pretend ginger, I tend to cosplay as a vampire and avoid any sunlight. Yet again we had to have a "model chat" and I was told the WeatherBeeta ComFiTec Essential Mesh II offers 65%+ UV block. I still need suncream on my nose though, please report this to HAPPA at a time that's convenient. There is also an attachment at the top of the neck to hold a grazing muzzle. Personally I would like to speak to the design department as mother said this is a fabulous feature to put my nose in jail. I know I should be on a diet but I promise I will start on Monday.

The photo shoot included 427 photos, the majority apparently weren't up to scratch because I had my eyes closed. Luckily standing still is on my CV! I got so bored that my mum and her friend had to use a stick and a dried apricot. I don't want to admit that it worked but it did. A moment of weakness on my part. I have to admit that the rug is comfy enough to double up as pyjamas and my new set of front shoes double up as slippers. It's going to be the nap of my life!”

Orion’s owner, Darcie, says this fly rug stands up to the WeatherBeeta brand and I’m impressed as always. I love the longer tail guard as it gives Orion more protection. He’s a sensitive soul! I also like that the leg straps can be removed and that they are an option in comparison to other brands just using a fillet string. 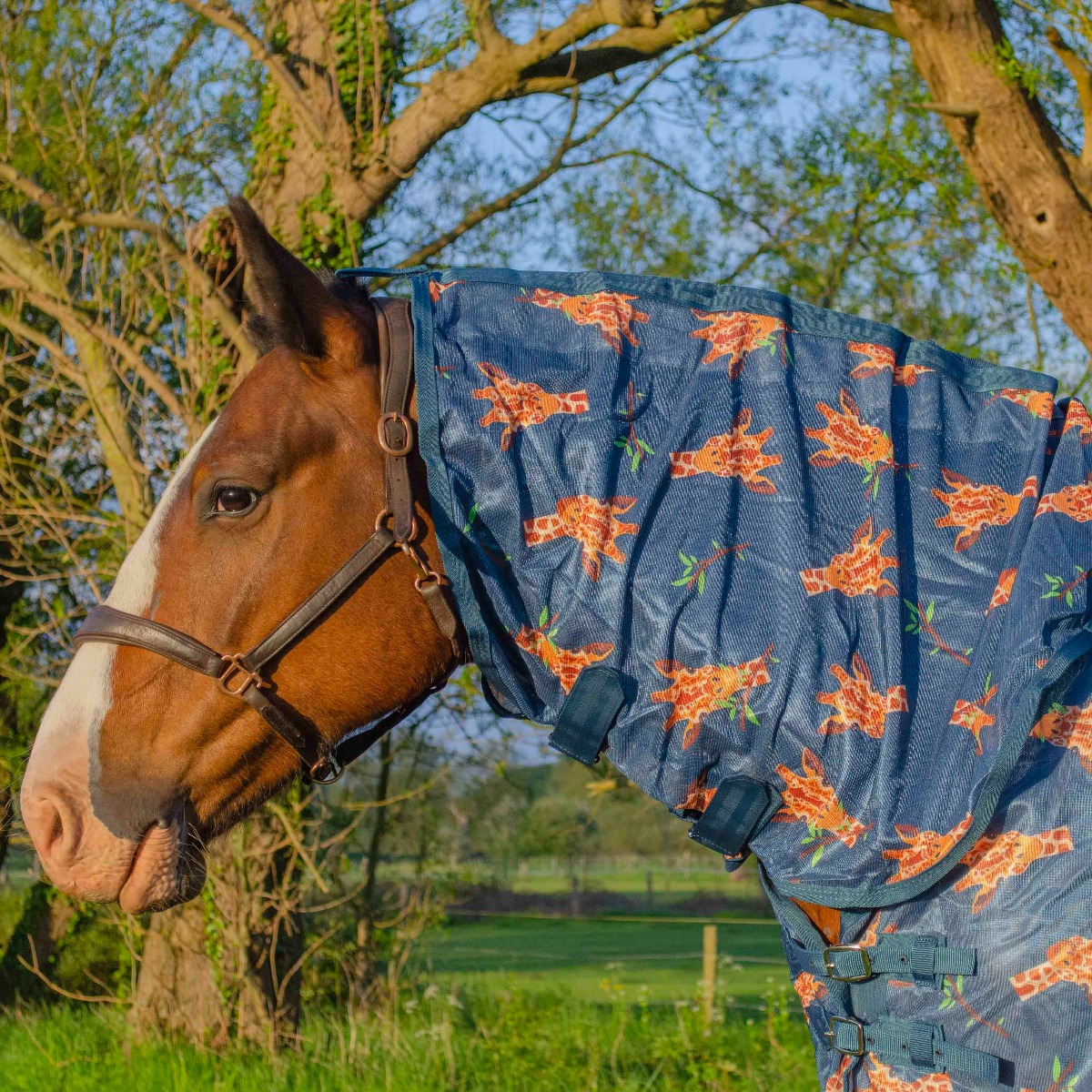